Almost five months ago, I turned my life upside down. I moved to a different state, left my job of five years, and parted ways with my fiance – a man I had been dating for nearly six years. I moved into my sister’s apartment, took over her lease, and when she left town with her husband for a six-month trip, I was officially alone in a totally foreign city: Denver, Colorado. In these five months, I feel fully transformed some days, lonely others, and sometimes I feel as though nothing’s really changed. Starting new jobs, meeting new friends, and exploring new sights have all started to take their hold on me and it’s been wonderful. But when I reflect on what’s been the most effe 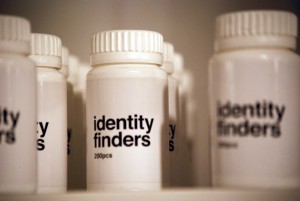 ctive, I think of my projects that have been “just for me.” Projects I took on as a way to pass some time, or flex my creative muscles, have been holding my hand through this process of rediscovery. I have uncovered a level of importance to seemingly meaningless projects.

My projects have ranged from knitting and collaging to singing and writing. These have been longtime interests of mine, but in this stage of my life, have taken on new meaning. In the chaos of life, amidst work and relationships and obligations, it’s easy to forget to make time for ourselves. Regardless of your passions, it’s crucial to find the time to spend with them. To have a chance to entertain our creative or athletic or intellectual interests and let the rest of the world melt away. The following is a list of how my interests have offered me more than a pretty scarf or a lovely poem.

I don’t remember the last time I actually finished a knitting project. Yet in the past few months, I have spent roughly at least an hour a week knitting. Each time I sit down to work on the scarf I started the week before, I unravel the yarn and start from scratch. Knitting hasn’t been about a finished project for me, it’s been about giving my hands a point of focus and allowing my mind to wander. It’s become a sort of meditative activity for me, and gives me a chance to just unwind.

When I sit down to glue cut-out images to a random surface, (yes, that’s pretty much all I’m referring to when I say I collage), the first thing I do is assemble of a stack of magazines. Usually whatever’s handy and nothing that’s important in any way. This step is fascinating in itself because one magazine is always inevitably one of the “trashy trio:” People, Cosmopolitan, and US Weekly. A decade ago, I adored these and hung on their every written word. Today, however, every photograph reminds me of how brutally we condition women to believe their imperfect and should change to be “better.” Once I cut out the images I dislike and assemble the acceptable ones, I start to see the world they way I dream it should be. I design a society and culture that’s beautiful, kind, and open-minded in a series of generic sunsets and optimistic sayings.

Singing has been a part of my world (yes, I’m quoting The Little Mermaid), about as long as I’ve been able to speak. When I went to college, I went to get a “real” degree and drifted away from my musical theatre roots and I think that was one of the worst decisions I’ve ever made for myself, but that’s a different story. So when I moved to Denver, I promised myself I would start to sing again and I would get back to performing. The latter is still a work in progress, but I’ve been singing again and not just in the shower. Doing scales and actually challenging myself to songs I’ve been nervous to attempt have become a normal part of my routine and the most rewarding part has been overcoming my fears. I’ve been afraid to do this because of nagging concerns, such as “what if I’m not as good as I used to be or I want to be?” “What if I was never that good?” “What if my biggest passion in life is a complete waste of time?” I can’t find answers to all of these yet, but I know, without a doubt, that singing is still more natural to me than breathing. I miss performing, but singing for myself reminds me what beats at my core. It reminds me who I’ve always been, who I still am, and who I want to be for the rest of my life.

Writing has been the most challenging project but has given me a space to bring all of my ponderings and emotions into focus. Initially, I would just sit down to my laptop, (or grab a paper and pen because I still prefer the old school method), and start writing and see what came of it. Lately, however, I found a list of unique prompts and wrote down 30 on separate Post-It notes. I stuck one Post-It on each week of my planner, and each week I write accordingly. The structure forces me to commit and the variety of prompts keeps writer’s block at bay. (My favorites so far? “Describe your stream of consciousness during the worst nightmare you’ve ever had,” and “Personify regret.”) More than helping me to grow creatively, writing has shown me things about myself I had never realized before. When the pen is down, is when I see what’s really in the text. 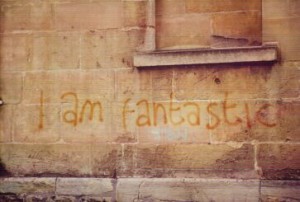 I always believed that finding a career, meeting someone to spend my life with, having friends, and being an active member of society is what would help me develop into who I am meant to be. That I would follow the steps and magically wake up as my future, very adult, self. As many know, that’s not how it works and I am honestly grateful for that. To follow steps as if life had an instruction manual would be dull beyond belief. Having to explore various facets and push oneself is far more interesting, albeit more work. This was merely an outline of what works for me, but everyone should discover their interests and use them to uncover truths in their own life. A quote I’ve always identified with is from Lewis Carroll’s Alice’s Adventures in Wonderland: “I knew who I was this morning, but I’ve changed a few times since then.” I used to think I loved it because I’m eccentric, fickle and easily swayed, (which are all still very true), but now I find pride in it. Pride because I’m open to discovering more and more about myself each and every day, and I’m open to accepting that I might change. It’s a very freeing sensation and I hope you’ll find the courage to do the same for yourself.