First of all, let’s be real. In a world filled with endless products, the ultimate goal is standing out. In the past, companies used jingles, humor, and repetitive commercials in hopes of baiting potential customers. Before the advent of the Internet, print, television and billboards were the prime forms of advertising. Now, in the digital age, products and advertising opportunities seem to be endless and companies are thinking outside the box to draw in new consumers. 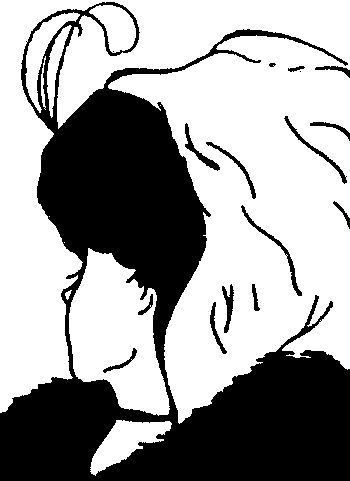 By definition, guerrilla marketing “A marketing tactic in which a company uses surprise and/or unconventional interactions in order to promote a product or service.”  It involves thinking about visual elements in the world we interact with and how incorporate them into your brand.

The most creative geniuses are guerrilla marketing experts. They are also usually artists. Consider the concept of “what do you see?” pictures like this one? The same idea is put into the creation of a guerrilla marketing visual piece. By the way, what DO you see? A young or old woman?

Whether it’s a little bit of humor popping up unexpectedly in your day, or actually giving you a bit of perspective on something in the world, these are more than just ads.

Back in 2004, Nicolas Cage starred in the film National Treasure. The live-action Disney flick rocked history nerds everywhere with completely unrealistic expectations for treasure hunting. We could not have been happier about it. While the film captivated us enough with sensationalized historical facts, the advertising team at Disney took it even further during the film’s pre-release. These fake entrances made our adventure-seeking hearts do a couple of extra back flips. If these steps don’t make you want to walk down and uncover mysterious presidential secrets, then what happened to your sense of adventure and who are you really!!?? 🙂

And in 2008, the advertising department for the Showtime show “Weeds” joined forces with a ad Swedish advertising agency which came up with a wonderfully unconventional way to ask businesses to help them promote the release of their show. They sent them giant joints filled with beautiful bouquets of the non-THC variety.

Currently, beyond film and television, nonprofits and businesses with a big vision are also jumping on the guerrilla marketing train. The nonprofit Parkinson’s Victoria released a campaign that was not only interactive, but extremely “third” eye-opening. The “ad” looked like any other claw machine you may find at a local diner. The goal was to use the knobs to try to clasp one of the stuffed animals or toys. The difference in this one? The player could not control the knobs. It shook uncontrollably, just like it would for someone with Parkinson’s disease.

Using sensory experiences and unexpected mediums makes guerrilla marketing what it is. It makes people feel something.

In generations past, people were prepared and willing to “be told” what to buy. In addition, fewer companies meant more people aligned with the biggest brands more easily than they are today. Now, we have the luxury of being discerning when choosing a brand. Advertising is a reflection of how society is developing. It shows us what living is really like during a particular time, not what history may show, but what products and styles spoke to that particular generation. It’s a fascinating study in human behavior.  With ads like this, it’s difficult not to love the art of guerrilla marketing.

Finally, guerrilla marketing is using art to portray a message. It’s an authentic way for people to interact, love or hate your product or message. It’s also a way to feel your message. Think about it….when learning, do you absorb more when you read a book or look at a picture, or does a hands-on experience really drill the information in? You know the answer already!

Some more of our favorite examples: