Growing up, it was pretty uncommon to see men wearing makeup – unless it was Johnny Depp in a Pirates of the Caribbean movie or one of the band members of Fall Out Boy and even then it was only a smeared ring of eyeliner. Brands always reinforced that makeup was for girls and suggesting men might invest time into their appearance in such a way was ridiculous.

Fortunately, the times, they are a changin’, and today there are millions of people fighting so that anybody can express themselves however they choose to do so, regardless of gender.

Men have taken to makeup in a phenomenal way. While drag queens have been slaying it in the makeup world for a while longer, the “everyday” man has raised the standard in makeup application techniques. In fact, CoverGirl Cosmetics recently announced their very first CoverBoy – James Charles. Charles is just the tip of the iceberg and before you know it, we may have a whole crew of male brand ambassadors in the cosmetics industry! 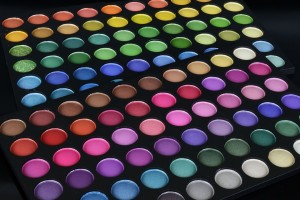 James Charles is a 17-year-old, self-taught makeup artist who began sharing his tips via Instagram and has roughly 2 million followers. While he is the first male beauty blogger to land a sweet deal with a major company, he is certainly not alone in his industry. Jake-Jamie, Manny Mua, Thomas Halbert, and Patrick Starr are only a couple of the insanely talented men sharing the ranks. The range of styles across these artists is huge too!

Manny Mua’s style, for the most part, is contoured and really highlighted giving the overall vibe a more dramatic feel, whereas Jake-Jamie’s style in much more subdued. Jake-Jamie has openly discussed that he began experimenting with makeup as a teenager when he developed severe acne. Today, his average use of makeup is undetectable coverage. He has truly mastered the art of makeup and that is especially awesome when you know that as a teen, he tried to ask makeup sellers for help and advice and “they would snicker, which made [him] feel humiliated and ashamed.” It’s safe to say he’s the one laughing now. 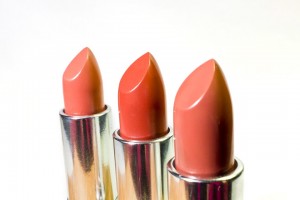 The rise of male beauty bloggers is awesome in itself, but this also presents a new opportunity for businesses. Now that CoverGirl has a CoverBoy, we can expect to see other cosmetic brands start to tap into the male beauty scene. Taking it beyond the beauty industry, this has the potential to expand businesses of all sorts. It is a reminder that nothing in this world is for one gender or another. More brands of all kinds are going to be incorporating a unisex, or all-inclusive approach to their marketing style. Recently, we saw the Campbell’s Soup ad featuring a child in a Spiderman costume running around before settling at the dinner table for a warm bowl of tomato soup. They remove the mask and an adorable red-headed little girl is revealed to be the web-slinging hero. 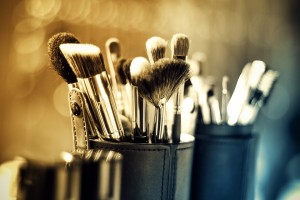 We’re limiting ourselves by continuing to cram genders into pink and blue boxes.

The bottom line is that if you’re restricting your consumer base for any reason, you’re personally decreasing your potential profits. The success of male beauty bloggers is opening so many doors, we just need to step through them.